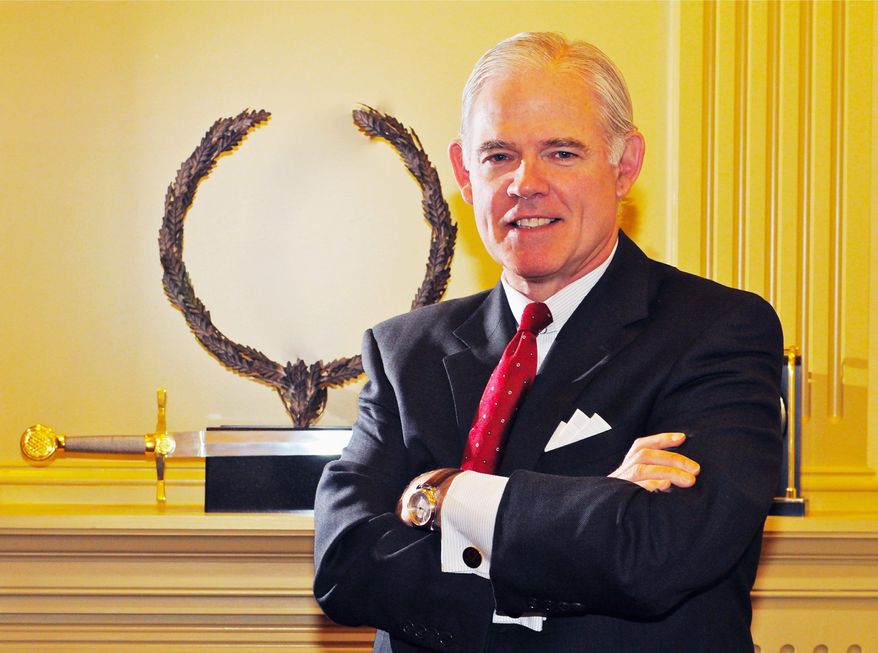 Charles J. Cooper is a founding member and chairman of Cooper & Kirk, PLLC. Named by The National Law Journal as one of the 10 best civil litigators in Washington, he has over 35 years of legal experience in government and private practice, with several appearances before the United States Supreme Court and scores of other successful cases on both the trial and appellate levels.

Our constitutional rights, especially our Second Amendment right to keep and bear arms, are in peril.

With every tragic violent crime, liberals renew their demands for Congress and state legislatures to enact so-called “commonsense gun control” measures designed to chip away at our individual constitutional right to armed self defense. Indeed, were it not for the determination and sheer political muscle of the National Rifle Association, Senator Feinstein's 2013 bill to outlaw so-called “assault weapons” and other firearms might well have passed. But the most potent threat facing the Second Amendment comes not from Congress, but from the Supreme Court. Four justices of the Supreme Court do not believe that the Second Amendment guarantees an individual right to keep and bear arms. They believe that Congress and state legislatures are free not only to restrict firearms ownership by law-abiding Americans, but to ban firearms altogether. If the Liberals get one more vote on the Supreme Court, the Second Amendment will be no more.

Constitutional law has been the dominant focus of my practice for most of my career as a lawyer, first in the Justice Department as President Reagan's chief constitutional lawyer and the chairman of the President's Working Group on Federalism, and since then as a constitutional litigator in private practice. For almost three decades, I have represented dozens of states and many other clients in constitutional cases, including many Second Amendment cases.  In 2001, for example, I argued the first federal appellate case to hold that the Second Amendment guarantees every law-abiding responsible adult citizen an individual right to keep and bear arms. And in 2013 I testified before the Senate in opposition to Senator Feinstein's anti-gun bill, arguing that it would violate the Second Amendment. So I am not accustomed to being accused of supporting a scheme that would “put our Second Amendment rights on the chopping block.” This charge is being hurled by a small gun-rights group against me and many other constitutional conservatives because we have urged the states to use their sovereign power under Article V of the Constitution to call for a convention for proposing constitutional amendments designed to rein in the federal government's power.

The real threat to our constitutional rights today is posed not by an Article V convention of the states, but by an out-of-control federal government, exercising powers that it does not have and abusing powers that it does. The federal government's unrelenting encroachment upon the sovereign rights of the states and the individual rights of citizens, and the Supreme Court's failure to prevent it, have led me to join the Legal Board of Reference for the Convention of States Project. The Project's mission is to urge 34 state legislatures to call for an Article V convention limited to proposing constitutional amendments that “impose fiscal restraints on the federal government, limit its power and jurisdiction, and impose term limits on its officials and members of Congress.” I am joined in this effort by many well-known constitutional conservatives, including Mark Levin, Professor Randy Barnett, Professor Robert George, Michael Farris, Mark Meckler, Professor Robert Natelson, Andrew McCarthy, Professor John Eastman, Ambassador Boyden Gray, and Professor Nelson Lund. All of us have carefully studied the original meaning of Article V, and not one of us would support an Article V convention if we believed it would pose a significant threat to our Second Amendment rights or any of our constitutional freedoms. To the contrary, our mission is to reclaim our democratic and individual freedoms from an overreaching federal government.

The Framers of our Constitution carefully limited the federal government's powers by specifically enumerating those powers in Article I, and the states promptly ensured that the Constitution would expressly protect the “right of the people to keep and bear arms” by adopting the Second Amendment. But the Framers understood human nature, and they could foresee a day when the federal government would yield to the “encroaching spirit of power,” as James Madison put in the Federalist Papers, and would invade the sovereign domain of the states and infringe the rights of the citizens. The Framers also knew that the states would be powerless to remedy the federal government's encroachments if the process of amending the Constitution could be initiated only by Congress; as Alexander Hamilton noted in the Federalist Papers, “the national government will always be disinclined to yield up any portion of the authority” it claims. So the Framers wisely equipped the states with the means of reclaiming their sovereign powers and protecting the rights of their citizens, even in the face of congressional opposition. Article V vests the states with unilateral power to convene for the purpose of proposing constitutional amendments and to control the amending process from beginning to end on all substantive matters.

The day foreseen by the Framers - the day when the federal government far exceeded the limits of its enumerated powers - arrived many years ago. The Framers took care in Article V to equip the people, acting through their state legislatures, with the power to put a stop to it. It is high time they used it.