An Intermediate Study of Article V

The Patriots Study of Convention of States Project and Article V 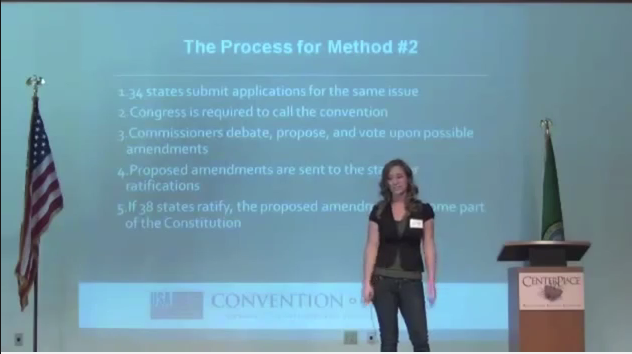 To be passed in each state's legislature.
COS Application

The procedures followed by the States explained.
Legislative Procedure

The Case for a Convention of States
COS Handbook

A Convention of States is Safe

The most common objection to an Article V convention envisions a doomsday scenario where delegates disregard the purpose of the convention, rewrite the Constitution, and change the entire American system of government. This has been called the “runaway convention” scenario, and it is based on fear and misinformation.

Here are the facts:

1. There is a clear, strong single-subject precedent that would almost certainly be declared binding in the event of a court challenge. There have been over 400 applications from state legislatures for an Article V convention in the history of the Republic. No such convention has ever been called because there has never been an application from two-thirds of the states on a single subject. In addition to this, there is a huge amount of historical precedent that limits interstate conventions to a particular subject. See Professor Robert G. Natelson's handbook here: http://www.alec.org/publications/article-v-handbook . Also see his essay on page 19.

3. Improper changes to the process can be legally challenged by state legislators. Federal courts have held that Congress acted unconstitutionally when it changed the rules of the process in midstream. See, Idaho v. Freeman, 529 F. Supp. 1107 (D. Idaho 1981). CSG's Senior Fellow for Constitutional Studies, Michael Farris, was lead counsel for several Washington state legislators in that litigation.

Thus, there are multiple lines of defense against any amendment that departs from the original subject: (1) A majority of states at the Convention would almost certainly vote such a proposal to be out of order; (2) If such an amendment was proposed, a proper legal challenge would certainly be filed and have a great chance of success; (3) It is highly probable that at least 13 states would defeat any such proposed amendment during the ratification process; (4) It is a historical fallacy to argue that we have an established precedent of Conventions changing the rules illegally.

American citizens must evaluate the relative safety of two choices. Should we allow our runaway federal government to continue to abuse the Constitution and the rights of the people, with the vague hope that someday Washington, D.C., will see the light and relinquish power? Or should we call a Convention of States, trusting that one of the many lines of defense will stop any misuse of power?

At the end of the day, we must trust either Congress or the states. Recent history makes that an easy choice. Washington, D.C., is clearly the greatest danger to our liberty.

We believe the choice is clear. A Convention of States is the safest path to preserve self-government and liberty. 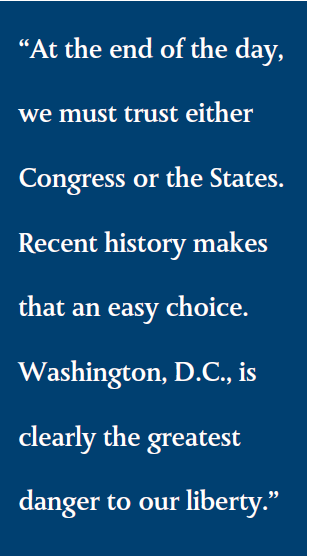