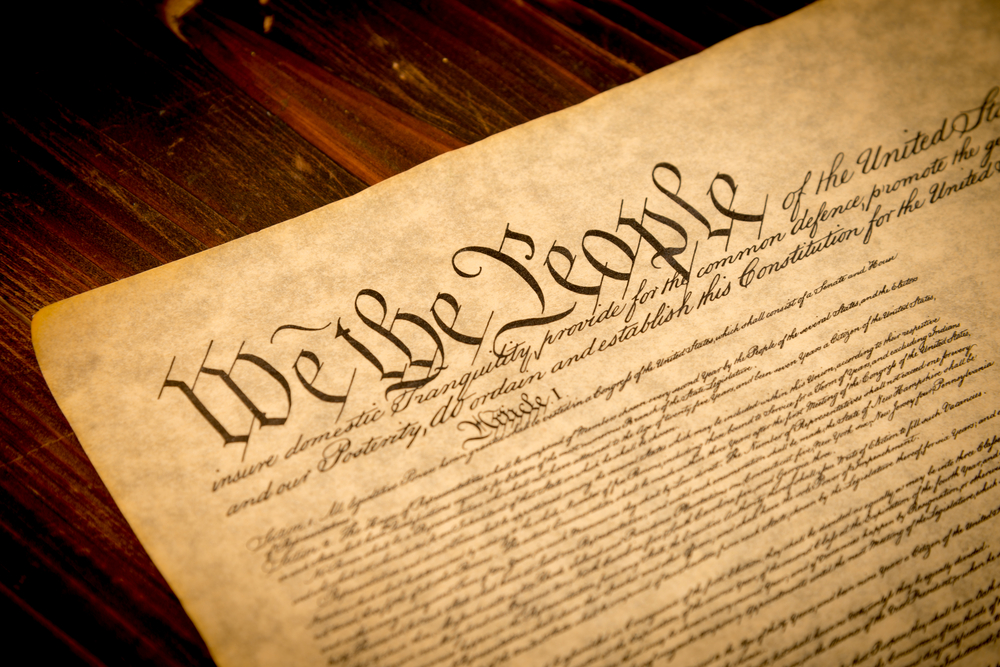 The Article Five solution – the absurdity of inactionfearrunawayconventionfive_part2A2nd_amendmentEPAJBS

This is the second installment of a five-part series on Article V, written by staff counsel Rita Dunaway. The first part was originally published on TheBlaze.com and garnered 7,100 Facebook shares and was viewed 14,511 times. Read the first part on The Blaze here and the following article here.

Far and away, fear is the most common rationale among opponents of Article Five's convention process for proposing constitutional amendments. Fear of the uncertain result, fear of a Congressional take-over, fear of George Soros and what his money might buy.

But even as naysayers sit in their meeting rooms and chatrooms opining about hypothetical rogue delegates to a hypothetical convention, Congress continues to spend money that our great-grandchildren will one day owe.

Our president continues to use creative legal arguments to erase the lines that once separated constitutional powers, thrusting himself into the business of lawmaking.

Unelected bureaucrats continue to churn out mountains of regulations that are unauthorized by Congress—and in some cases put hardworking Americans out of work.

And the Supreme Court is one vote away from a revocation-through-interpretation of our right to bear arms.

Rather than checking and balancing one another as they were designed and empowered to do, the three branches of the federal government are acting in concert to further concentrate their power at the expense of state prerogatives and individual liberty.

All three branches are, effectively, making laws. Congress, the intended lawmaking branch, has extended its lawmaking into matters reserved to the states. And our unaccountable Supreme Court finds inventive ways to interpret the Constitution so as to justify this—not because it can't determine the Constitution's original meaning, but because the original meaning doesn't matter if our Constitution is, as we are told, a “living, breathing document.”

Meanwhile, administrative agencies—the bold and unmanageable fourth branch of government—have broken the will of the American people by the sheer volume of their regulations, rules and reports. The Environmental Protection Agency's 376-page “Regulatory Impact Analysis” for its War on Coal begins with a five-page list of acronyms to be learned by the aspiring reader—a virtual electric fence to all but the most intrepid citizen.

How can we be a self-governing people when we are completely removed from the invisible hands that actually regulate us, with no means of holding them accountable, and no hope of knowing or understanding the laws they are making?

Many who oppose using Article Five's convention process would agree that well-designed constitutional amendments could close court-created structural loopholes that have damaged our federal structure and concentrated power in Washington, D.C. For instance, we could require congressional approval for all administrative regulations. We could clarify where Congress' authority ends and the states' authority begins so that Congress could actually have time to do its constitutional job.

Yet some insist that an amendment-proposing convention amounts to open-heart surgery for our Constitution, and that nothing could ever justify such an action.

Newsflash: our beloved Constitution has been on the operating table, under the knife of an activist Supreme Court, for decades.

An admittedly imperfect but well-prepared team of doctors is standing by, eager to stop the bleeding and close up the wound. But a fearful crowd of skeptics is blocking the way. They love this patient and are not entirely convinced that the doctors' training is sufficient. Do they have the proper supplies? What if armed gunmen enter the surgical ward and interrupt the lifesaving process?

“No,” the skeptics conclude. “We can't be assured of a good outcome, so we had better just stand by.”

And the patient's life ebbs away.

We could learn a lot from Dietrich Bonhoeffer, the German pastor who resolved to actively resist Adolf Hitler, at any cost. Bonhoeffer had a painful understanding that it is our actions—not our sentiments—that reveal our truest convictions, and that our desire for safety can be an obstacle to the action that our professed morality requires. In 1934, he explained:

There is no way to peace along the way of safety. For peace must be dared, it is itself the great venture and can never be safe. Peace is the opposite of security.

It was also Bonhoeffer who said, “Not to act is to act.”

The Founding Fathers gave us a tool in Article Five to restrain federal power through state-proposed constitutional amendments. I do not doubt that the conservatives trying to block the use of this tool have sincere reverence for our founding document. But mere sentiments cannot rescue our Constitution from continued disfiguration under the federal scalpel, nor close the wounds that are standing open even as we continue this debate.