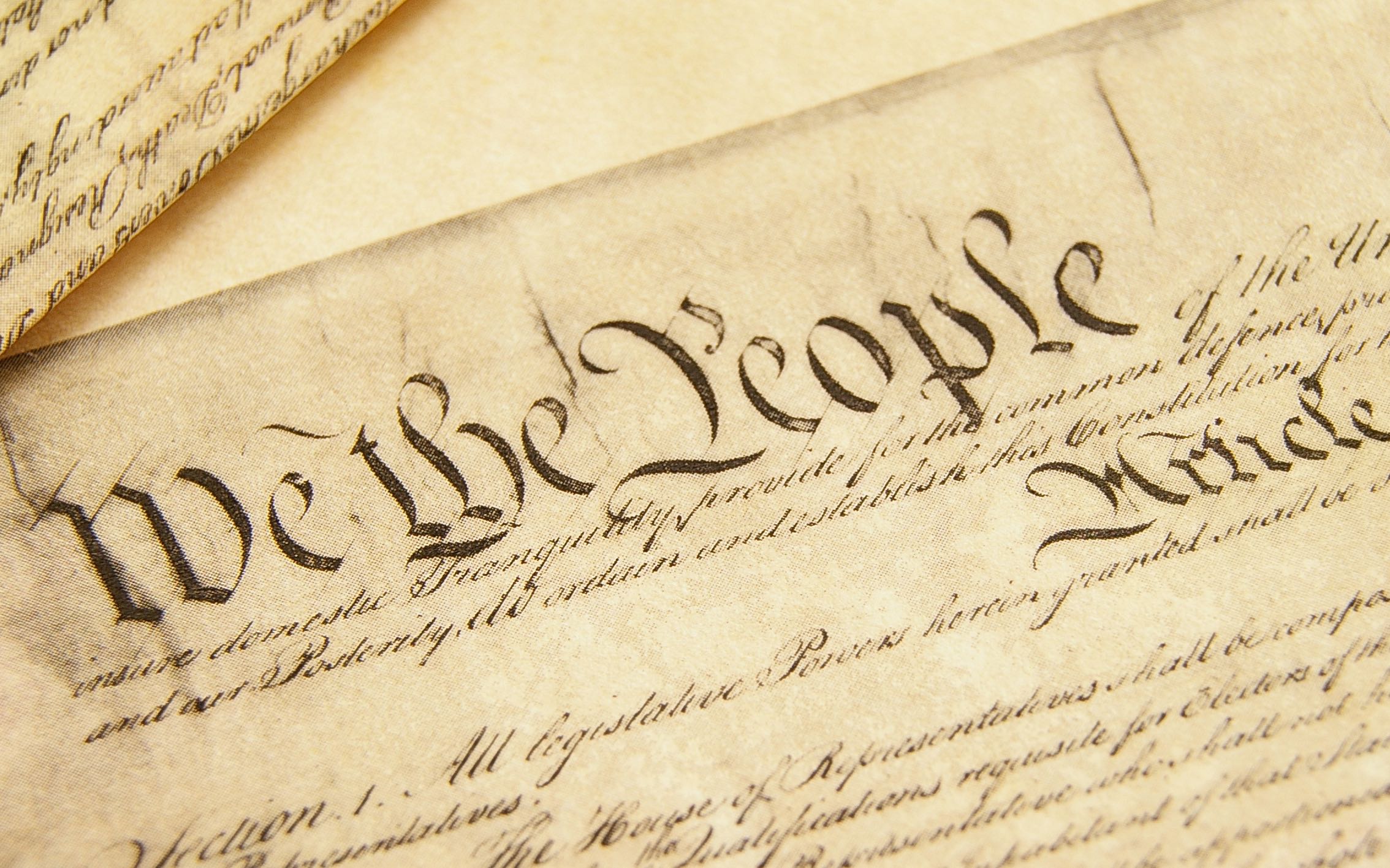 Can We Trust the Constitution? Answering the Runaway Convention Myth

Some conservatives contend that our Constitution was illegally adopted as the result of a “runaway convention.” They make two claims.

1. The delegates were instructed to merely amend the Articles of Confederation, but they wrote a whole new document. 2. The ratification process was improperly changed from 13 state legislatures to 9 state ratification conventions.

The Delegates Obeyed Their Instructions from the States

The claim that the delegates disobeyed their instructions is premised on the idea that Congress called the Constitutional Convention.  It is claimed that Congress instructed the delegates to solely amend the Articles of Confederation.  A review of legislative history clearly reveals the error of this claim.  The Annapolis Convention was the political impetus for calling the Constitutional Convention.  The conclusion of the commissioners from the five participating states was that a broader convention should be called.  They named the time and date (Philadelphia; second Monday in May).  But who was to call the Convention?

They said they were going to work to “procure the concurrence of the other States in the appointment of Commissioners.”  The goal of the upcoming convention was “to render the constitution of the Federal Government adequate for the exigencies of the Union.”

What role was Congress to play in calling the Convention?  None.  The Annapolis delegates merely sent a copy of their resolution to Congress and the executives of all states “from motives of respect.”

What authority did the Articles of Confederation give to Congress to call such a Convention?  None.  The power of Congress under the Articles was strictly limited,  and there was no theory of implied powers.  The States possessed residual sovereignty which included the power to call this convention.

Seven state legislatures agreed to send delegates to the Convention in Philadelphia prior to the time that Congress acted to endorse the Convention.

The States told their delegates that the purpose of the Convention was the one stated in the Annapolis Convention resolution:  “to render the constitution of the Federal Government adequate for the exigencies of the Union.”

Congress voted to endorse this Convention on February 21, 1787.  It did not purport to “call” the Convention or give instructions to the delegates.  It merely proclaimed that “in the opinion of Congress, it is expedient” for the Convention to be held in Philadelphia on the date previously informally sanctioned by the Annapolis Convention and formally approved by seven state legislatures.

Ultimately,  twelve states appointed delegates.  Ten of these states followed the phrasing of the Annapolis Convention with only minor variations in wording (“render the Federal Constitution adequate”).  Two states,  New York and Massachusetts,  followed the formula stated by Congress (“solely amend the Articles” as well as “render the Federal Constitution adequate”).

But every student of history should know that the instructions for delegates came from the states.  You will recall that Delaware told its delegates never to agree to a plan that denied equal representation by states in Congress.  That impasse had to be resolved.

In Federalist 40,  James Madison answered the question of “who gave the binding instructions to the delegates.”  He said:  “The powers of the convention ought, in strictness, to be determined by an inspection of the commissions given to the members by their respective constituents.”  He then spends the balance of Federalist 40 proving the delegates from all twelve states properly followed the directions they were given by each of their states.  He specifically calls the February 21st resolution from Congress “a recommendatory act.”

The States,  not Congress,  called the Constitutional Convention.  They told their delegates to render the Federal Constitution adequate for the exigencies of the Union.  And that is exactly what they did.

The Ratification Process Was Properly Changed

The Articles of Confederation called for approval of any amendments by Congress and ratification by all thirteen states.  Moreover, the Annapolis Convention document and a clear majority of States stated that any amendments coming from the Constitutional Convention would have to be approved in this same manner—by Congress and all 13 state legislatures.

The reason for this rule can be found in the principles of international law.  The States were sovereigns.  The Articles of Confederation were, in essence, a treaty between 13 sovereign states.  Normally, the only way changes in a treaty can be ratified is by the approval of all parties to the treaty.

However,  a treaty can provide for something less than unanimous approval if all the parties agree to a new ratification process before the change in process is effectual.

When the Convention sent its draft of the Constitution to Congress,  it also sent a recommendation for a new ratification process.  Congress approved both the Constitution itself and the new process.

Along with changing the number of required states from 13 to 9,  the new ratification process stated that state conventions would ratify the Constitution rather than the legislatures.  This was done in accord with the preamble of the Constitution—the Supreme Law of the Land would be ratified in the name of “We the People” rather than “We the States.”

But before this change in ratification could be valid, all 13 state legislatures would have to consent to the new method.

All 13 state legislatures consented to the new ratification process by calling conventions of the people to vote on the merits of the Constitution.

Twelve states held popular elections to vote for delegates.  Rhode Island made every voter a delegate and held a series of town meetings to vote on the Constitution.  Every state legislature consented to the new process that was aimed at obtaining the consent of the people themselves.

Those who claim to be constitutionalists while contending that the Constitution was illegally adopted are self-conflicted.  It is like saying George Washington was a great American hero, but he was also a British Spy.  I stand with the integrity of the Constitution.