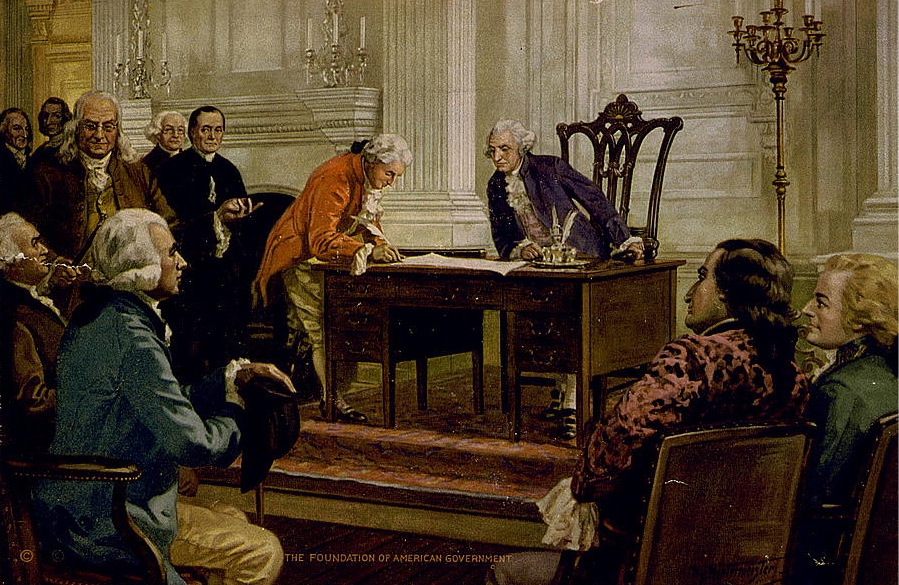 
I know I'm not the first to complain about the tendency of conservatives to give in when they should be standing their ground.

For a classic example of the problem, think back on the debacle that unfolded in Indiana last year, when officials caved to pressure instead of standing behind a supremely reasonable bill designed to protect people of faith against coercion to violate their consciences. When opponents of the bill got loud in proclaiming that it was a form of discrimination against people based on their sexual orientation, conservatives gave in to the bullying. The end result was a law that effectively makes sexual preference a higher-order interest than religious liberty.

Each time conservatives cut and run in this fashion, it reinforces the perception that we don't really believe what we say we believe. It also legitimizes the accusations of opponents who claim that the good, positive rationale behind the policies we initiate (concern for religious liberty) are just smokescreens for some base, sinister motivations (homophobia).

If it weren't bad enough that we do this with specific public policy issues, it appears that some conservatives are now relinquishing a core conservative value: the significance of history and original meaning in interpreting the Constitution.

One example of this is found in a list of “20 Questions” the conservative activist group Eagle Forum uses in opposing efforts by state legislatures to invoke the Constitution's Article Five process for states to initiate the proposal of constitutional amendments (a process Eagle Forum misleadingly refers to as a “constitutional convention”). The short-term goal of this list and countless articles that rely on the same “questions” is obvious: to spread fear and doubt so as to stymie state legislative resolutions that would trigger an amendment-proposing convention. Sadly, though, their broader effect is to not only throw part of our Constitution under the bus, but - perhaps unwittingly - to throw the originalist canon of interpretation under the bus right along with it.

The “questions” that Eagle Forum states “cannot be answered” include such significant matters as how convention delegates are selected, who determines the number of delegates for each state, and how convention rules will be determined.

While these surely are important questions about details that are not specifically spelled out in Article Five, Eagle Forum and others are wrong to suggest that the absence of explicit answers in the constitutional text means we are left to fumble around in the dark with nothing better than competing contemporary opinions to point the way. They are wrong because we have historyto guide us - the same history that originalists claim as our guide in correctly interpreting and applying every other part of the Constitution.

And that history is overwhelmingly clear on all of the truly essential questions naysayer conservatives shrug off as unanswerable. It is also readily accessible to anyone who cares to read it in the form of Mark Levin’s book The Liberty Amendments, as well as a treasure trove of peer-reviewed law review articles and shorter pieces by Professor Robert Natelson and others.

It is inconceivable that the leaders of a respectable organizations like Eagle Forum are simply unaware of the history surrounding interstate conventions and Article Five itself. Thus, the only conclusion one can draw from their ostensible bewilderment about the Article Five convention process is that they find history an insufficient guide in providing the basic answers. It's as if they have taken their cue from Supreme Court Justice Lewis Powell, who said, “After two centuries of vast change, the original intent of the Founders is difficult to discern or is irrelevant.”

I don't mean to suggest that Eagle Forum has suddenly and decisively abandoned originalism and wholeheartedly embraced the idea of a “living Constitution.” But merely that, whether intentional or not, their conclusion - that an Article Five convention should be feared because we allegedly have no idea how the process works - is absolutely a step in that direction.

Conservatives can't have it both ways. Either history supplies the meaning of constitutional language or it doesn't. And if it does, then the Article Five convention process for proposing amendments is a clear, well-lit path to the restoration of our federal system.

I can understand the reluctance of some to take a firm stand on whether the states should use their Article Five check on federal power, in light of the fact that some conservatives are afraid to truly take on the federal behemoth.

But I am sorely disappointed and more than a little shocked to see any conservative ignore the solid answers of history in order to manufacture doubt about a constitutional process. In doing so, they strain out a gnat only to swallow a camel - a hypocrisy in what they really believe about interpreting and applying our beloved Constitution.

This article was originally published on The Blaze.