The Article V Solution — The Way to Implement the Tenth Amendment

It’s the elephant in the room. The Tenth Amendment boldly declares:

“The powers not delegated to the United States by the Constitution, nor prohibited by it to the states, are reserved to the states respectively, or to the people.”

The question, then, that holds the key to unlocking our constitutional quandary, is this: How do states protect their reserved powers under the Tenth Amendment?

While there are some, less dramatic forms of nullification that are perfectly appropriate and constitutional—such as

First of all, which state officer, institution, or individual decides whether a federal action is authorized under the Constitution? Is it the state supreme court, the legislature, the attorney general—or can any individual make the determination? After all, the Tenth Amendment reserves powers to individuals as well as to states.

Secondly, how can a state enforce its nullification of a federal law? For instance, if a state decides that the Affordable Care Act’s individual man-date is unconstitutional, how can it protect its citizens against the “tax” that will be levied against them if they fail to comply? It’s difficult to envision an effective nullification enforcement method that doesn’t end, at some point, with armed conflict. 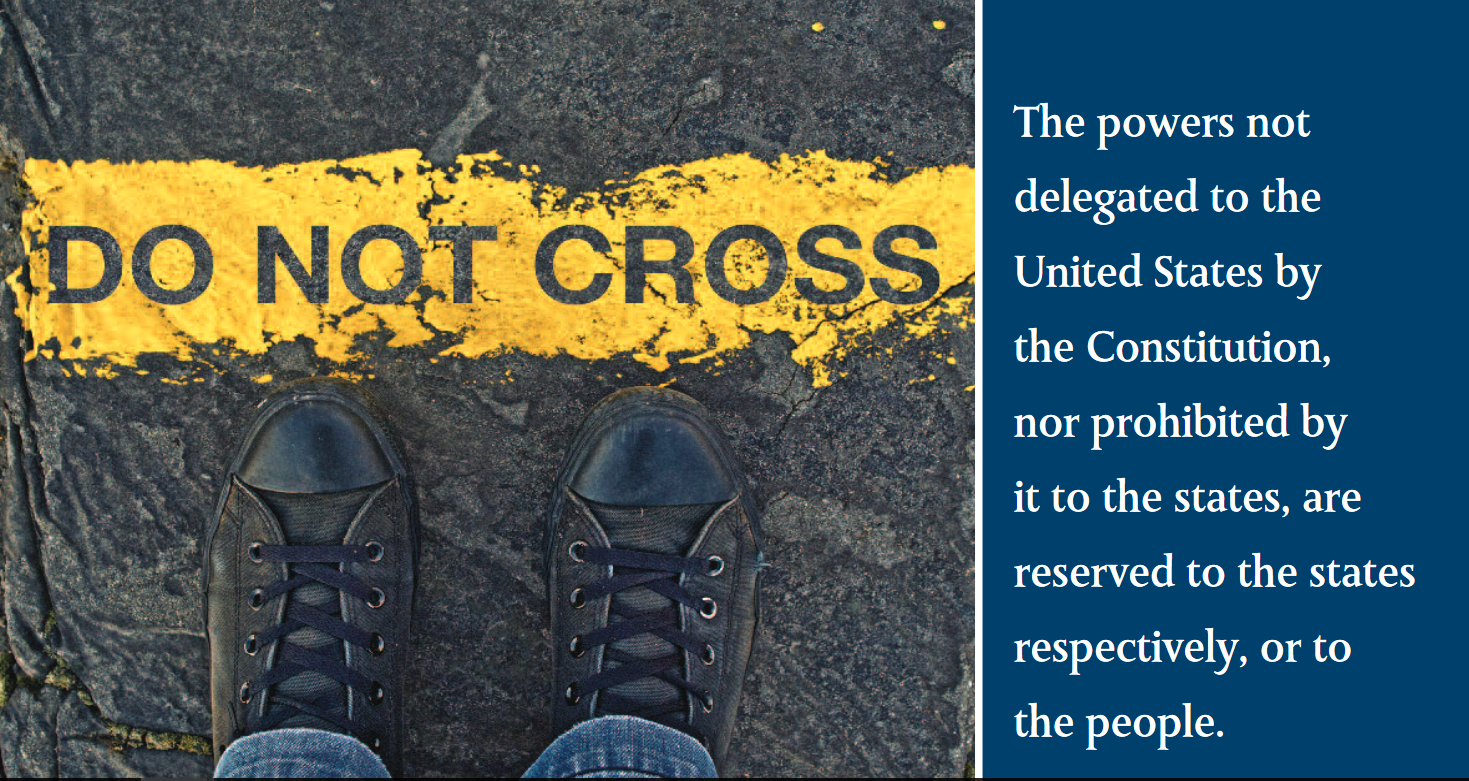 But for true conservatives whose goal is to conserve the original design of our federal system, the far more fundamental problem with this type of in-your-face nullification is the fact that it was not the Founders’ plan.

Article VI tells us that the Constitution, and federal laws passed pursuant to it, is the “supreme law of the land.” Under Article III, the United States Supreme Court is considered to be the final interpreter of the Constitution. While some claim that this was not the Founders’ intention, historical records such as Alexander Hamilton’s Federalist 78 demonstrate it was, in fact, the judiciary that they intended to assess the constitutionality of legislative acts.

And then we have the Tenth Amendment itself. It establishes a principle, but it does not establish a remedy or process for protecting the reserved powers from federal intrusion.

That missing process is found in Article V. Faced with a federal government acting beyond the scope of its legitimate powers—and a Supreme Court that adopts erroneous interpretations of the Constitution to justify the federal over-reach—the states’ constitutional remedy is to amend the Constitution to clarify the meaning of the clauses that have been perverted. In this way, the states can assert their authority to close the loopholes the Supreme Court has opened.

You don’t have to take my word for it.

In an 1830 letter to Edward Everett, James Madison wrote:

“Should the provisions of the Constitution as here reviewed be found not to secure the Govt. & rights of the States agst. usurpations & abuses on the part of the U.S. the final resort within the purview of the Constn. lies in an amendment of the Constn. according to a process applicable by the States.”

In other words, Article V is the ultimate nullification procedure. For states that have the will to stand up and assert their Tenth Amendment rights, they can do so by applying for an Article V convention to propose amendments that restrain federal power.