We are often reminded that Common Core is a “voluntary” program, and that states still retain complete control over their public educational curriculum. But the truth is, until the states wrest control over education from the clutches of the federal government, there will be grave consequences for states that refuse to acquiesce.

In 2014, for instance, the U.S. Department of Education denied Oklahoma’s request for a waiver from No Child Left Behind—a thinly veiled, politically motivated punishment for the state’s rejection of the “voluntary” Common Core program.

State legislators who believe that the best decisions about public education are the ones made closest to home should plan and implement a meaningful, strategic response to this kind of federal bullying.

A lawsuit against the feds would be an up-hill battle. At most, it could win on a narrow, procedural basis. Alternatively, the states could use this moment to take a historic step toward dismantling the basis for illicit federal power grabs.

The Constitution’s Framers believed that having the right structure for decision-making was essential for the preservation of liberty. They had learned this lesson in the crucible of a very real conflict.

Our Founders had refused to pay the taxes imposed by Parliament, insisting upon their rights under British law to be subject only to taxes imposed by their own elected representatives. They stood up for the principle of self-government — and the victory they won stands as the

crowning achievement of that generation. Today, this educational conflict over Common Core, an outrage to parents across the nation, reveals that we’ve drifted far off course.

The principle of “enumerated powers” means that the federal government has no authority to dictate the educational policy of any state, directly or indirectly, because it wasn’t given this power under the Constitution. Yet states like Oklahoma are engaged in this battle because of the de facto collusion between the Supreme Court and Congress to gradually increase federal power.

While the Supreme Court has recognized that the federal government can’t directly regulate education, the court also has ruled that Congress’ power to tax and spend under the General Welfare Clause is, for most practical purposes, unlimited. Congress is therefore free to take money from a state’s taxpayers, then offer it back—on the condition that the state gives Congress control of its schools. 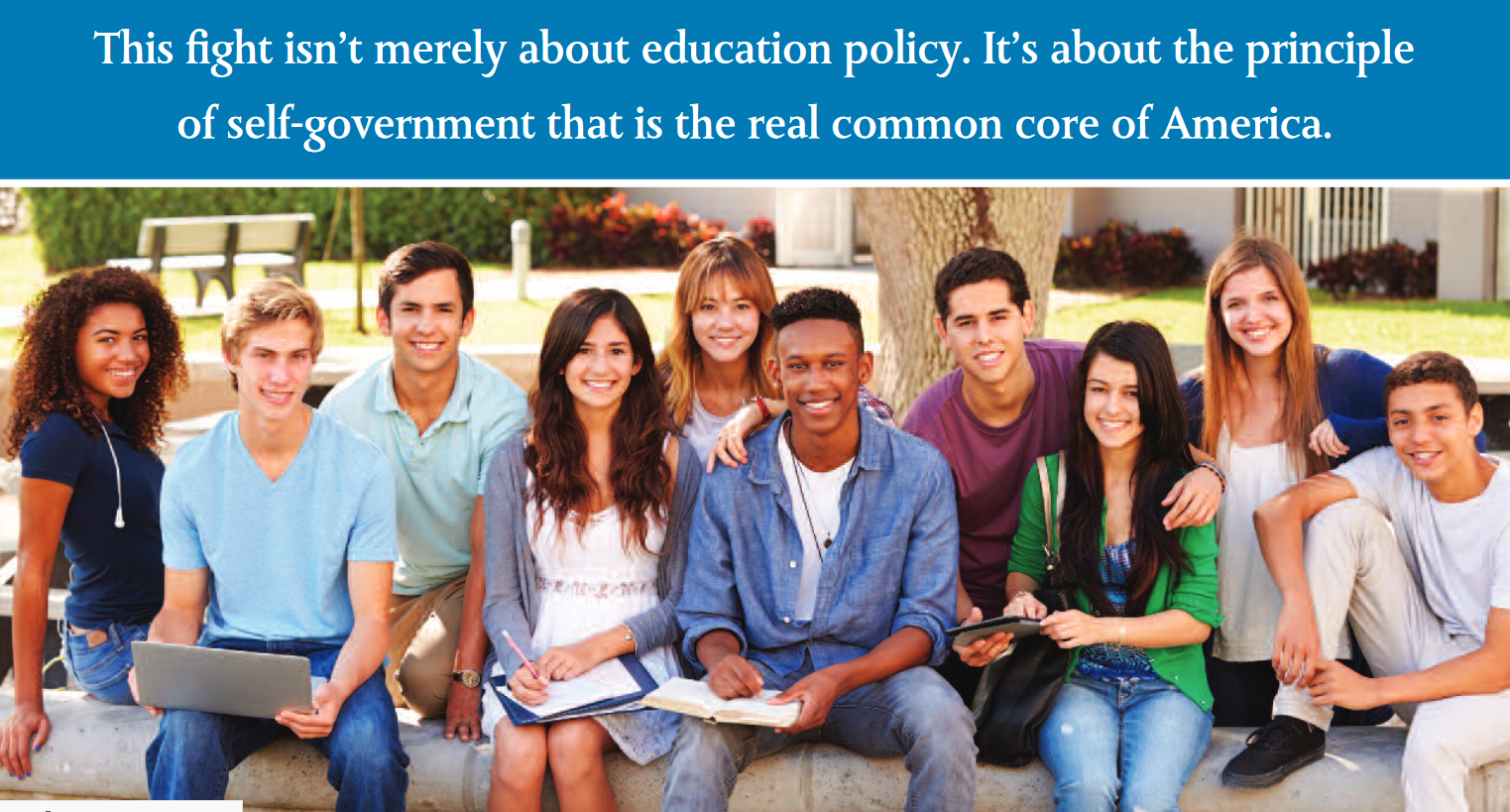 The Common Core battle also raises the fundamental issue of who makes federal law. The Founders thought they’d settled the question, declaring in Article I, Section 1 that all federal laws must be made by Congress. Yet states like Oklahoma are punished for challenging mere administrative decisions of the Obama administration.

What can you do?

The legislatures of Georgia, Florida, Alaska, and Alabama have already passed resolutions calling for a Convention of States under Article V, for the express purpose of proposing amendments to rein in a runaway federal government. This kind of specific, systemic correction is needed to repair the damaged structures of the Constitution and restore limitations on federal power.

You can help these other states in leading the way to real reform. When 34 states call for an amendments convention to re-strain the federal government, we will have our only realistic opportunity to reject not only Common Core, but all forms of illicit federal mandates.

Ultimately, this fight isn’t merely about education policy. It’s about the principle of self-government that is the real common core of America.