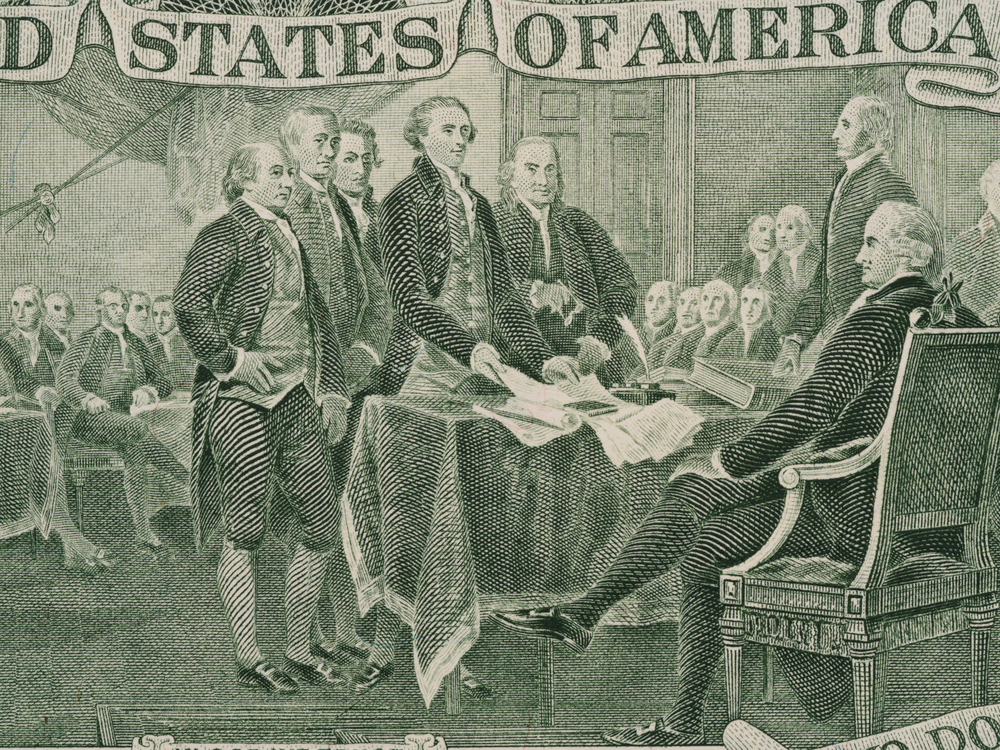 Posted by Convention of States Project on December 14, 2015 (source)

During the century and a half after the Constitution's ratification, the states repeatedly applied to Congress for an amendments convention. Although they never reached the threshold of two-thirds on any particular subject — and therefore never forced Congress to call a convention — they did enjoy some success in forcing constitutional change.

In 1788 and 1789, Virginia and New York filed applications for a convention to consider amendments to the new Constitution. Those applications enabled congressional advocates of a bill of rights to argue that if Congress did not propose a bill, the states might call a proposing convention.

Efforts by some Southern states to force a convention during the nullification controversy (1828-33) never gained much traction. Similarly, a convention of the New England states in Hartford (1814) and one of the Southern states in Nashville (1850) had little effect other than keeping the convention tradition alive. But a coordinated application campaign beginning at the end of the 19th century for an amendment transferring election of U.S. senators from the state legislatures to the people was much more successful. The campaign was only one or two states short when, in 1912, the formerly recalcitrant Senate, faced with the prospect of a federal convention, agreed with the House to propose the 17th amendment.

Early in the 20th century, Western states watered by the Colorado River became alarmed that Congress might impose water use rules on the stream. Accordingly, in 1922 they met in convention (although the gathering was called a “commission”) to negotiate their own settlement. The result of the meetings, most of which were held in Santa Fe, N.M., was the Colorado River Compact.

The 20th century witnessed other interstate meetings that, while not rising to the level of formal conventions, shared certain commonalities with them. In mid-century, an application campaign begun by Montana and some Midwestern states encouraged Congress to propose the 22nd amendment, which limited the president to two terms.

Perhaps the most instructive proceedings during the century and a half after the Constitution's ratification were those involving the Washington Conference Convention of 1861 — informally known as the Washington Peace Conference. This conclave arose out of concerns that extremists on both sides were pushing the nation toward Civil War. Moderates thought the constitutional amendment process might be used to reconcile North and South. Among them was Sen. John J. Crittenden of Kentucky, who drafted a compromise that would have reassured the South by protecting slavery where it existed and allowing a limited expansion, while reassuring the North by barring “the peculiar institution” from most U.S. territories.

There was, however, no hope of the highly polarized Congress adopting such a proposal. Accordingly, in late 1860 and early 1861, both the outgoing president, James Buchanan, and his successor, Abraham Lincoln, urged the states to apply for an Article V convention. Some states applied, but progress was too slow. In January 1861, therefore, in a last-ditch effort to save the union, the Commonwealth of Virginia called a convention of states for Feb. 4 in Washington to consider an amendment similar to that advanced by Crittenden. The urgency was heightened when on the same date six Southern states also convened in Montgomery, Ala., to finalize plans for a new Confederacy. The Montgomery convention, soon joined by a seventh state, Texas, followed all the traditional protocols for meetings of that type.

The promoters of the Washington conclave recognized that it would not have Article V powers, but they hoped that if it did reach agreement, the political pressure on Congress would be sufficient to induce it to respond in kind.

The Washington Conference Convention met for three weeks. Its attendance of 21 states represented the overwhelming majority of non-seceding states and marks it as the largest general convention in American history. It elected former president John Tyler of Virginia as its presiding officer, and like the assembly at Montgomery, adhered closely to the traditional protocols. It adopted a set of rules similar to those that had governed the Constitutional Convention.

The Washington Convention had been called on very short notice, and bitter national divisions rendered the sessions very hard-fought. Nevertheless, by time of adjournment the assembly had recommended an amendment that looked much like the one proposed by Crittenden. That amendment, if adopted, may well have prevented the Civil War; and because it limited the expansion of slavery to territories not well suited for it, the amendment may have placed the “peculiar institution” on track toward extinction.

Congress did not act on the recommendation of the Washington Convention, so that recommendation did not abort the Civil War. When considered as an independent proceeding, however, the convention was a success. Despite almost insuperable difficulties, it did not deadlock or shatter in acrimony, but produced a workable compromise. Furthermore, the Washington Conference Convention served as a rehearsal for an Article V convention.

Stay tuned for the rest of Rob Natelson's series on the power of Article V, and click here for more from The Washington Post.